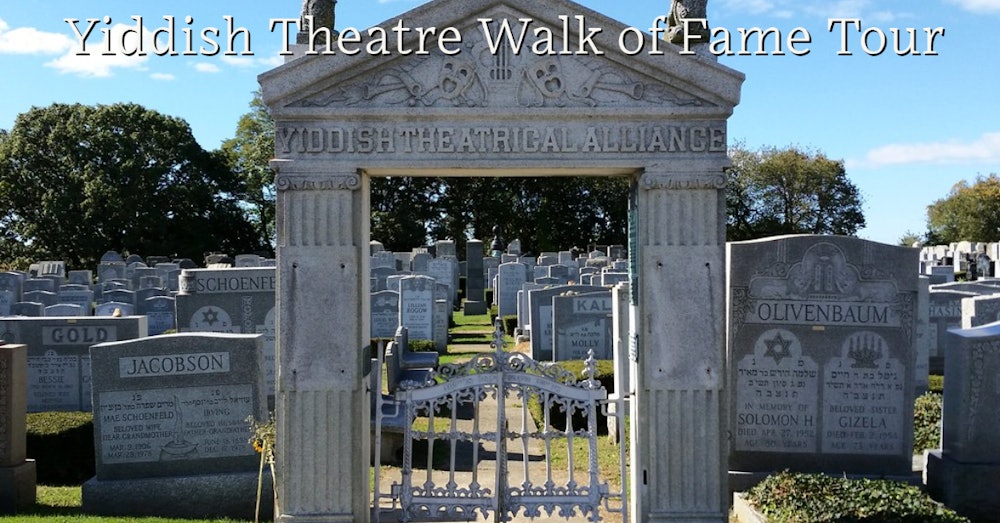 The Yiddish theater was a new phenomenon in Jewish life. It came into being in 1876 in Romania, and arrived in New York six years later. This novel form of entertainment quickly took hold; within less than a decade, New York turned into the undisputed world capital of the Yiddish stage. Supported by a constantly growing Yiddish-speaking immigrant population (nearly 3.5 million Jews settled in the United States between 1881 and 1925), the New York Yiddish rialto was brimming with energy. It produced celebrated stars, generated a wealth of dramatic material, and presented a rich spectrum of productions ranging from sentimental melodramas and quasi-historical operettas to sophisticated experiments inspired by the latest trends of the European, particularly the Russian, stage." (Edna Nahshon)

Our tour of the Yiddish Theatrical Alliance will enthrall you with the immense talent of its actors, directors and musicians.It also help us embrace our communal history and how these entertainers have reinforced our roots from the old world to the new one.